What do 4 paragliders, 4 pairs of tarantula legs, a 4 shaped tree, and 4 wild turkeys in a row have in common? The number 4! Also, they’re found on the 4 sides of Mission Peak. Or at least they were on the day I ran the hike on each side.

Mission Peak is a very popular hike. It pulls in crowds while the neighboring higher peaks get scarce attention. I had hiked and ran up it many times over the years, but never connected all the sides together until last year. I couldn’t find anything online about taking this path, so here’s a trip report. I’m divided between calling it the Mission Peak Compass or Mission Peak Cross.

You can start from the parking lots at the North, East, or West sides, which are Ohlone college, Stanford Ave, and Sunol Wilderness respectively. There’s also a potential start from the South via Ed Levin park, but that makes for a much longer trip. I only went South so far as to hit Mt Allison and Monument Peak. My buddy tagged along for the peaks. We started from Stanford Ave around dawn and went counter clockwise. 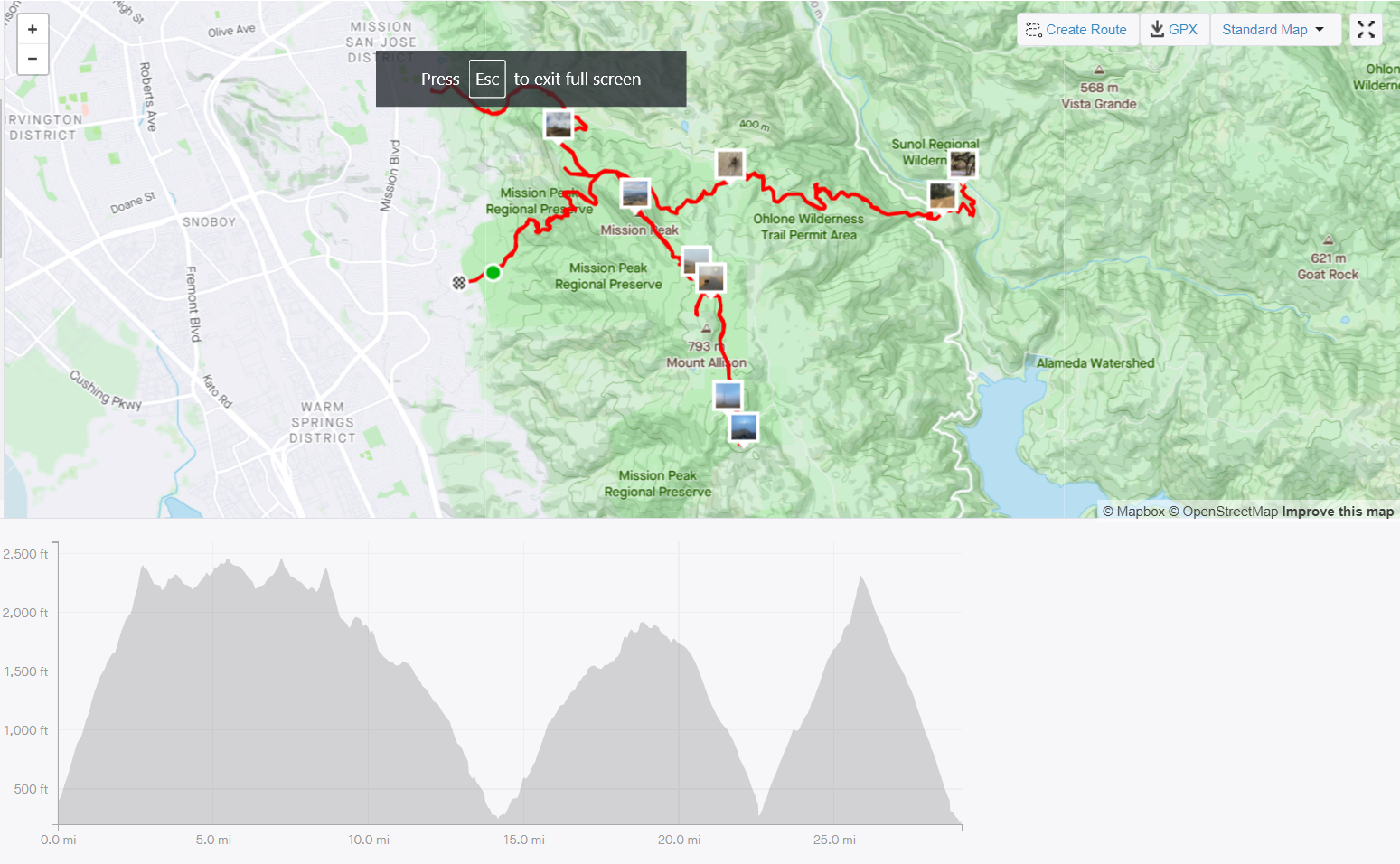 Stanford Ave is one of the popular trailheads and plenty of folks were heading up with headlamps when we started. It started out chilly, but the persistent incline warmed us up fast. 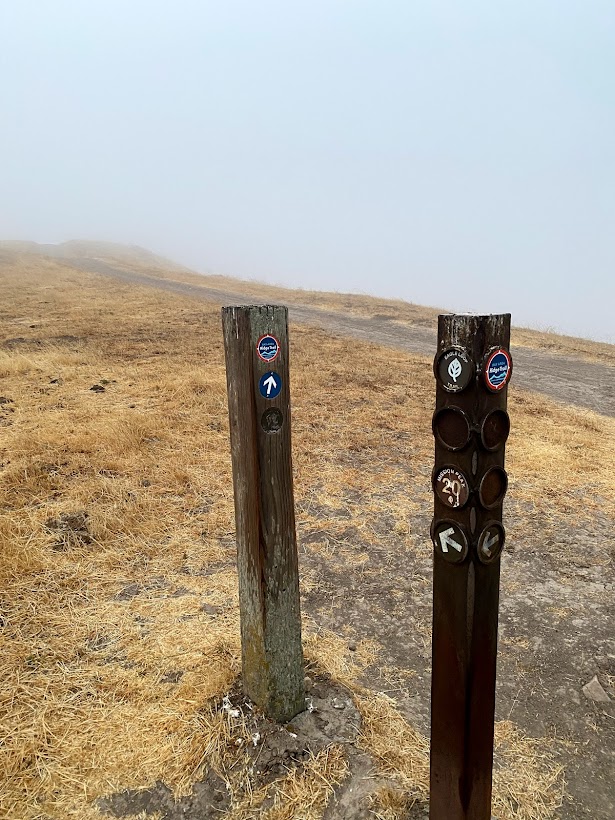 The Mt Allison and Monument Peak areas were still thick with fog when we passed through. I had an eerie feeling as wildlife emerged into view and towers appeared out of the mists. There was a good breeze too. I remember thinking that the spot would be perfect for some wind activated sound sculptures, like an Aeolian harp. The sounds of which might lure folks over from Mission Peak. We didn’t encounter anyone on this side. 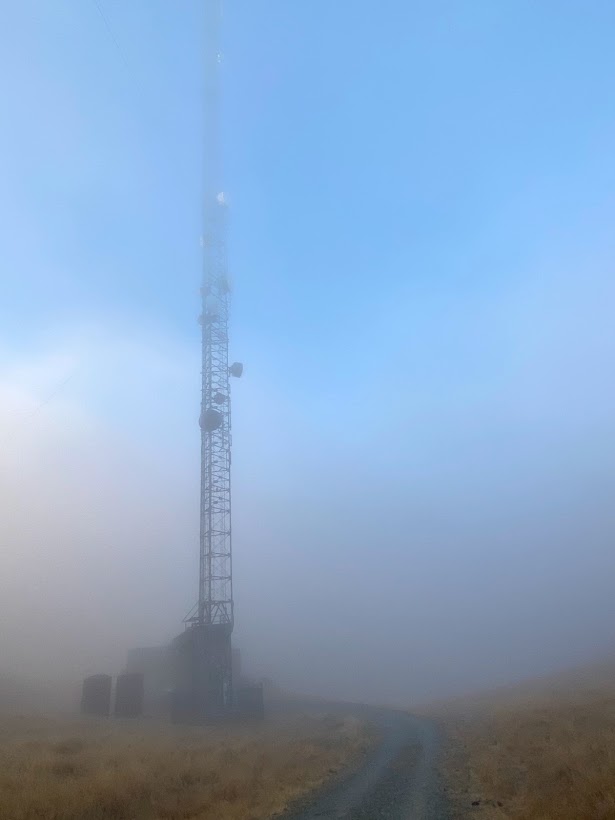 After we passed Mission Peak again on the return, my friend took an unfortunate tumble into an ant hill. The terrain there is fairly technical to run. I helped brush off the ants before we split up. He headed down the Stanford side and I went the opposite down towards Sunol. 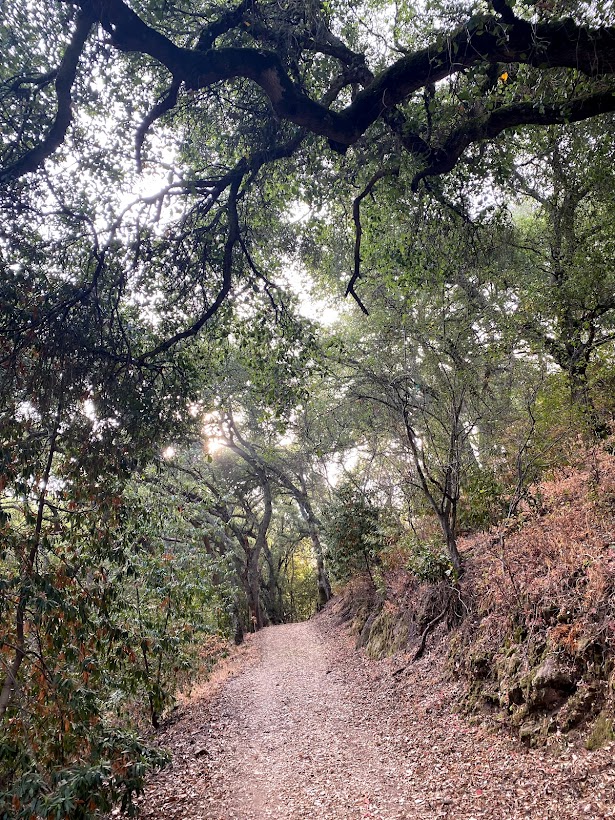 The Sunol side offered a short wooded section which was unexpected coming from the mostly barren other sides. The cover quickly ended and the trail opened up to some expansive views. I only passed one other runner on the trail. At the bottom I took a look at the visitor center and creek behind it before doubling back up. 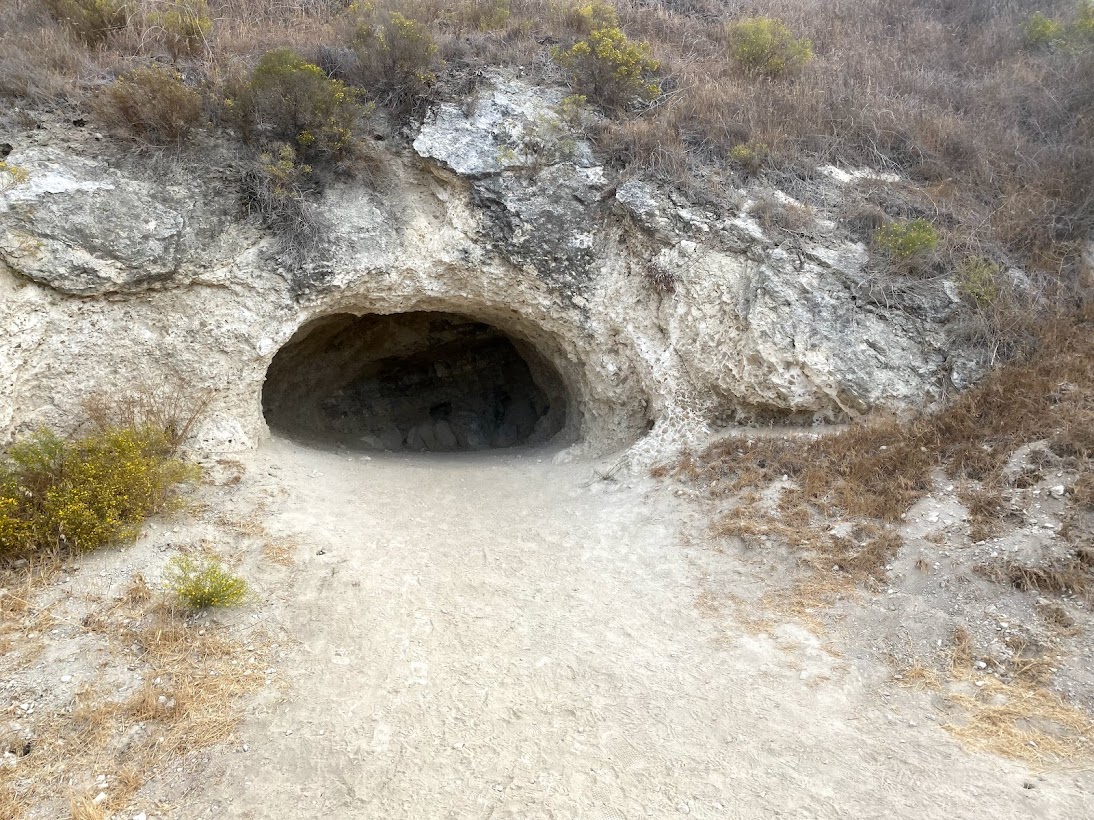 The cave on the Ohlone side would have a welcome spot for refreshments too.

On my way down and up from the Ohlone side, the crowds were in full mass. As I crept past hikers, I watched paragliders float about on their invisible thermals. On my final tag of the top I wished I too had a wing for the descent. But it turned out the final down was the easiest part. The thought of refreshments at the base kept me moving.

So, the question of why I did this. At the time I was training for the ultramarathon with nearly 10K of gain over a 50K distance. Overall, this run was probably excessive training, but it provided a good simulation. It could easily be extended into a 50K itself by going a bit further South. I recommend it.